Protecting Trees and Shrubs in Winter

Harsh winter conditions can be cruel to your prized ornamental tree or expensive shrub. The following measures can help protect your investments. You just need a few supplies, some time and a bit of work.

The Effects of Dehydration

Winter desiccation of trees and shrubs is a primary cause of their poor health during the growing season. Evergreens, both coniferous and broad leaved, are particularly susceptible to the effects of drying wind. Unlike deciduous plants, they never lose their leaves or go completely dormant. They continue to transpire moisture from foliage all winter long. If they lose moisture above ground and don’t have adequate reserves to draw on at root level, they get winter burn (brown foliage), branch dieback, and brittle branches that are easily broken in strong wind. New trees and shrubs in your landscape are also prone to drying out in strong prevailing winds since their newly transplanted roots may not be well established before winter arrives.

Before putting away your hose for the season, give your trees and shrubs a good soak. Keep track of autumn rainfall and check to see that the ground is moist, but not soggy at the plant’s root level (you may need to dig down). During the winter, top up water reserves by shoveling salt-free snow off decks and paths onto the ground surrounding trees and shrubs. Set up snow fences to purposely create snowdrifts around important specimen plants.

Broadleaved evergreens (rhododendrons, mahonia and holly) growing in exposed locations benefit from temporary windscreens made of burlap or snow fencing. Think tent rather than overcoat when making these shelters – they are meant to reduce wind velocity hitting the shrubs, not keep them warm.

Ideally, plant trees and shrubs prone to winter burn in natural shelterbelts such as the leeward side of buildings or hedges.

The Detriments of Salt

Salt damage can kill woody plants in a single season. Road salt is sprayed onto plants by passing cars. It then leaches into the soil during a thaw. Symptoms include brown foliage and branch dieback.

In locations close to a busy road, try not to plant anything that will stick up above the snowline. Alternatively, grow salt-tolerant plants like cotoneasters, rugosa roses, or common honey locust in these areas.

Offer the physical protection of a burlap mummy wrap to trees and shrubs that aren’t salt tolerant. Don’t use plastic wraps – shrubs will cook inside them on a sunny winter’s day. Be sure to remove wraps as soon as the road-salting season is over and rinse the plants. Water the surrounding ground to dilute any salt accumulation.

On paths located near your plants, provide pedestrians with traction by using salt alternatives such as coarse sand, unused kitty litter (the non-clumping kind) or the new salt-free commercial ice melters.

Spring inspection sometimes reveals a mysterious vertical split in the bark of some trees. Usually, fairly young trees are affected on the south and west side of their trunks. Southwest damage starts in late winter when the sun warms the tree enough to cause sap to rise. As night falls, the sap freezes and is trapped in the trunk. If this occurs frequently, a split develops in the trunk. Eventually, the wound becomes wider and the bark around it becomes loose or detached. The split is an entry point for bug infestation and disease during the growing season.

An easy way to wrap susceptible trees is to use perforated coiled plastic tube wraps. They last a few years, because they expand with increasing tree girth. Their pale color reflects light, and the perforations allow wet bark to dry. Be sure to wrap the coils well up the trunk so that coverage extends above the snowline. For aesthetic reasons, remove the coils during the growing season. Strip wraps, which do not expand easily and are more laborious to apply, should also be removed. If left on over a number of years, they will strangle a growing tree.

Broken Branches are caused by heavy snow loads and ice build up. Selective tree and shrub pruning will help prevent such damage. Be on the lookout for weak tree crotches where excessive snow and ice loads may cause branches to tear away from tree trunks.

Thinning cuts will allow snow to sift through the plant canopy and build up gradually from the inside out to support branches. A dense canopy allows snow to build up on top of branch tips and eventually, branches break or the shrub splits.

After a snowstorm, use a broom to brush off as much snow as you can. For crusty snow, use the broom handle to poke holes and break up large chunks. The smaller pieces will shed easily when the wind blows. Be careful not to break brittle branches with the broom.

Heavy-duty A-frames made of plywood should shield foundation plantings that are subject to ice and snow slides from the roof. However, a better solution is to grow foundation shrubs away from such hazards. Avoid planting directly under roof eaves.

Tall upright evergreens such as cedars and junipers can be protected from splitting apart under heavy snow by tying them up with garden twine. Start by driving a stake (make sure it’s slightly taller than the plant) into the ground beside it. Beginning at the bottom, wind the twine around both the stake and the shrub so that snow will not force branches downward.

Restraint may not be necessary if you keep the interior of upright evergreens free of their own detritus. Yearly, gently smack small evergreens with a gloved hand – or larger ones with the flat side of a corn broom – to dislodge dead needles that clog up inside branches. Regular spring-cleaning of this kind opens up the trees’ insides so that air, light and moisture penetrate the plant canopy. A looser shrub allows snow to fall through its branches, rather than accumulating on branch tips.

Winter can wreak havoc with your trees and shrubs at their root level. As long as there is plenty of snow on the ground, plants are well anchored. However, with inadequate snow cover, bare soil is subject to frequent cycles of freezing and thawing throughout the winter months. Moist soil alternately expands and contracts around plant roots, causing them to tear and even heave out of the ground.

Wood chips, shredded leaves or compost are some suitable winter mulches. Organic mulch won’t keep roots warm, but it will preserve more even soil temperatures. In my experience, it’s not necessary to remove it in the spring. It’s a good soil amendment as it breaks down and it preserves soil moisture and prevents wide temperature fluctuations, which can bake, break or heave roots, depending on the season.

Where and how mulch is used matters. After improving the site’s soil according to the needs of the plants you intend to grow, apply at least two to three inches of aged wood chips, compost, or shredded leaves on top of the soil around the plant. The fluffier the mulch material, the thicker the layer can be, but if it’s too thick or heavy, it may suffocate the plant. Leave a four-inch space between the mulch edge and the crown of the shrub or the base of the tree trunk. Don’t let mulch touch plant bark – constant moisture here encourages stem rot. Extend mulch out to at least the drip line, which is located at the perimeter of the plant’s branch extension. (This is where most of the plant’s fine feeder roots are situated in the soil.) 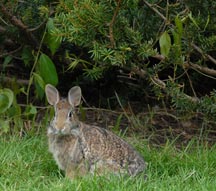 Temporary winter mulches are necessary for tender shrubs like roses, or any woody plant whose crown must be protected from winterkill or the predation of rodents. However, if mulch is applied too soon, little critters like moles, voles or mice may set up house in it. Rodents can girdle or chew bark off the circumference of a young tree. Bark and cambium are the lifelines between the plant’s roots and its branches; when these disappear, the tree dies. Applying mulch after freeze up encourages small rodents to select winter quarters elsewhere.

Rodent damage is especially prevalent in fruit-producing trees and shrubs, as well as the tender bark of some immature landscape plants. Stiff collars made of plastic or wire mesh extending from the ground to above the snowline will discourage girdling by larger animals such as rabbits.

In the spring, pull back any mulch that is touching bark or covering shrub crowns. Tree wraps, strings, shrub shrouds and temporary shelters should be removed when all the snow has melted and buds begin to swell.

The best means of protecting trees and shrubs in winter are pre-emptive measures. These start with good garden design. Consider an area’s exposure to prevailing winds, salt, snow and ice accumulations. Select the most appropriate plants to grow in site conditions that you can’t alter. Proper ongoing maintenance practices such as selective pruning, mulching and soil care will help keep plants healthy and better equipped to withstand the rigors of the fourth season.