Keeping Pets Safe in the Garden 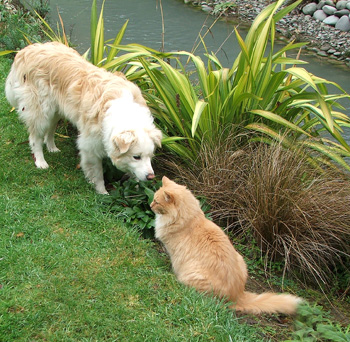 Many pets enjoy exploring garden foliage and scents. Unfortunately, the curious nature of pets can sometimes get them into trouble. A seemingly innocuous flowerbed or vegetable patch can be poisonous to cats and dogs. Owners can help their furry friends avoid danger by limiting the number of hazards and, what's more important, by supervising animals' outdoor activities.

Oakville, Ontario, veterinarian Dr. Wolfgang Zenker, DVM, M.Sc. (Path), MBA, says that an owner suspecting that a dog or cat has ingested a toxic substance should take the pet to the veterinarian immediately. "A veterinarian can easily induce vomiting within half an hour of ingestion of a poison", he says. "Time is of the essence—don't delay!" Dr. Zenker also points out that owners should remember that most dogs and cats are much smaller than humans, and a seemingly small amount of toxin can create a serious problem for them.

When it comes to creating an outdoor area that's pet safe, every gardener should be aware of the following. 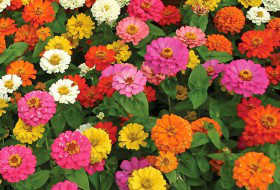 The editor of Birds & Blooms has been gardening with her children for years and now has a list of the top 10 foolproof plants for kids to grow. Consider stocking these perfect plants for kids this summer:

1. Shasta Daisies: Ah, it’s the classic daisy! Birds and Blooms recommends customers ask local garden centers to recommend some new varieties just made for a sunny spot in their backyard.

2. Milkweed: Kids are never too young to learn about the importance of milkweed and other host plants. Monarch butterflies lay their eggs on milkweed each year because it’s the only food their caterpillars can consume.

3. Nasturtiums: Don’t let sunflowers and zinnias steal all the thunder: Nasturtiums are ideal annuals to start from seed, too. This spicy-scented flower does best with no care at all, blooming from spring through frost.

Read more: Top 10 foolproof plants for kids to grow this summer from Birds And Blooms 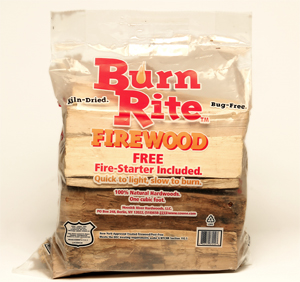 Burn Rite™ Firewood meets the specifications of the USDA, as well as the New York State Department of Environmental Conservation for invasive species control. This quality firewood is kiln-dried for optimal wood-burning efficiency. It is then packaged in convenient-to-carry, sealed plastic bags which keeps moisture and bugs out. This wood is perfect for campground, or personal fireplace (indoor or outdoor) everyday use.

For more than 5000 years, people have cultivated flowers although there is no known reward for this costly behavior. With today's high-tech and fast-paced lifestyle taking its daily toll on our lives, experts advise exercise and other personal lifestyle changes to relieve stress. According to behavioral research conducted at Rutgers, The State University of New Jersey, nature provides us with a simple way to improve emotional health - flowers. The presence of flowers triggers happy emotions heightens feelings of life satisfaction and affects social behavior in a positive manner far beyond what is normally believed.

"What's most exciting about this study is that it challenges established scientific beliefs about how people can manage their day-to-day moods in a healthy and natural way," said Jeannette Haviland-Jones, Ph.D., Professor of Psychology at Rutgers and lead researcher on the study. 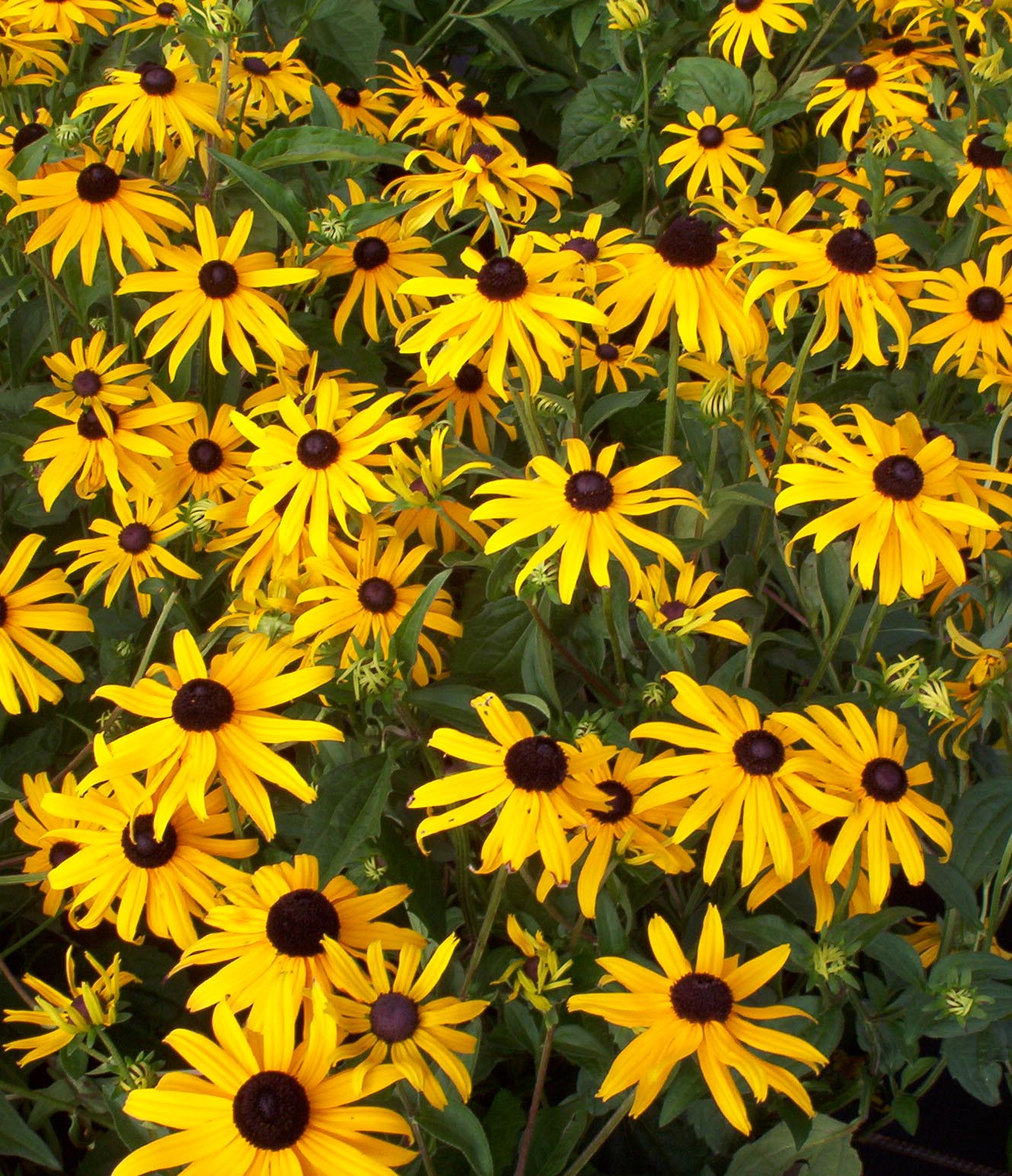 During Earth Week of 2012, the Warren County Board of Supervisors designated the Black-eyed Susan, aka Rudbeckia hirta, as the official flower of the 2013 Bicentennial year. The flower originated on the Midwestern plains but was discovered here in the Lake George area in 1856!

This upcoming growing season, Binley Florist and other nurserymen from around the county will participate in promoting the Bicentennial flower with plant tags distributed by the office of the county historian with the sanction of the Bicentennial Citizens Advisory Committee. The specially designed plant tag is imprinted with the Bicentennial logo. This is an invitation to all citizens to participate directly and personally in the celebration of our 200th year.

In March over 1900 plant tags will be distributed to the area nurseries. Here at Binleys we carry them in serveral different sizes.

Like many naturalized wildflowers, it is a tough plant. It does well on sandy soils and soil poor in organic matter. Now, scattered around the globe, the Black-eyed Susan can be considered a gift from the New World to the Old. They would make a great addition to any garden, so join the celebration.